Tiny Homes on the Move by Lloyd Kahn

I’ve only spent a few hours so far with the book and it’s already sent me into day dreaming mode about adventures and alternate ways of living out there on the road or water. This book like all of the Lloyd Kahn books serve as a sort of inspiration guide-book it’s  full of free thinking and artistic people who are among a growing trend of people who are attempting to down scale their life’s and simplify what we are doing with our time. Smaller spaces mean less stuff,less stuff means less to take care of,less to take care of means more time and more money,more time and more money means freedom. These core philosophical beliefs are not always supported or represented very well in the mainstream media. This book is proof that there is a movement afoot and to simplify is at the top of the list ,be it a French woman who sailed her boat with no engine to the canary islands or the English artist who built a tiny home on the back of a 1959 French army truck or even a homebuilder/woodworker from Texas who is doing his best to build a more simple existence. 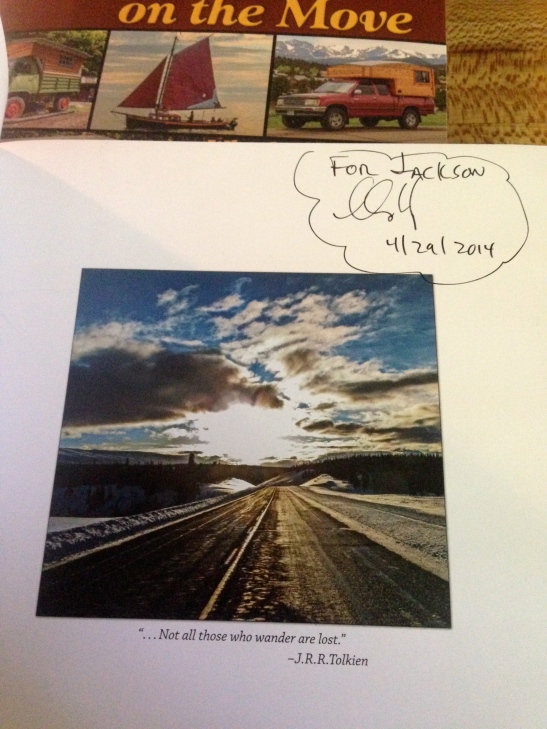 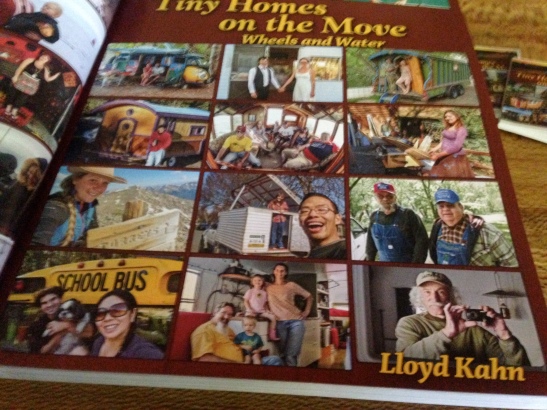 by Tohner Sumerlin Jackson aka: One Tree Woodwork

8 comments on “Tiny Homes on the Move by Lloyd Kahn”

This entry was posted on May 4, 2014 by TOHNER JACKSON in General woodworking, Inspiration and tagged Lloyd Kahn, one tree woodworks, Tiny homes on the move, tohner jackson.